A Letter From Your Mayor Peter Hoffman 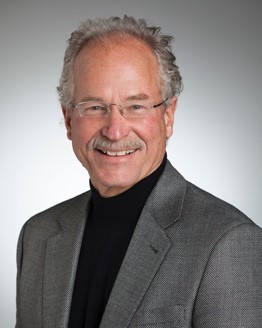 Happy New Year everyone!  I hope this letter finds you in good health and good spirits.  We are truly blessed to live in our wonderful Nichols Hills community; and, as we begin the new year together, I thought I would take a moment to highlight some of the accomplishments of the many committed individuals of our City who have been working hard to deliver a high-quality service to our community.

Regarding housing related actions, much continues to happen in this most important area.  In 2018, the City Council adopted eleven ordinances updating City building codes and standards, including heightened standards for wind resistance and exterior building materials.  Also, we adopted an ordinance giving stricter scrutiny to homes proposed for demolition, which we believe will help protect the charm, character and tradition of Nichols Hills and ensure new homes will be built to quality standards before any existing homes will be demolished.  These ordinances were developed after many months of deliberation and with input from members of the Oklahoma Uniform Building Code Commission, our own City Building Code Committee, local developers, architects, contractors, and the general public.

With regard to traffic and safety, the Police Department acquired new technology to help them protect and serve our community, including e-ticket machines and an automatic license plate recognition system that takes photographs of license plates it sees while on patrol and then builds a database for officers to search when criminal activity warrants.  We were also proud to be recognized by Safewise as the second safest city in Oklahoma and the 45th safest city in the United States.

Street paving continues to be a high priority.  Center Grand Boulevard, Queenstown Road (1600 Block), and the intersection of Huntington and Canterbury Place were all repaved in 2018, and several more paving projects are expected in 2019.  For 2019, the next street projects will include West (South) Grand Boulevard, Hemstead Place (1100 Block), Sherwood Lane (1100 and 1200 Blocks), Windsor Place (1700 Block), and Trenton Road (Fenwick to Bedford).

Water continues to be a very important issue and your City continues to work hard to ensure long term sustainable water supplies.  In 2018, the City cleaned, repaired, and re-drilled three water wells, and is in the process of replacing over 16,000 linear feet of water lines throughout the City.  City staff and leadership are also making plans for water treatment improvements in the future that will both help reduce arsenic risks and soften the water reaching our faucets.

Revenue and financial stability are primary focuses. Our City continues to grow and prosper with the opening of several new retail businesses, paired with sound, conservative stewardship of public funds.  City staff and management have done an outstanding job of balancing the budget, as evidenced by S&P Global Ratings (a national financial services company that publishes financial research analysis on stocks, bonds, and commodities) issuing the City an AA+ credit rating, and an unqualified independent audit from Arledge & Associates (a nationally-recognized audit and accounting firm), which is the best possible outcome in an audit.  This kind of municipal financial stability is rare in todays world, and I hope everyone appreciates the excellent job being done by all City employees.

The City has also made great strides toward improving the overall quality of life in our community.  In 2018, the City installed irrigation lines in many parks and irrigation control systems in parks city-wide, which will enhance the park experience and also more efficiently make use of our water supply.  Trail lights were installed in Davis Park, which has added to the ambiance of that Park when experienced on an evening walk. We have Channel 20 up and running again, and public meetings are now live-streamed online at www.nicholshills.net.  Additionally, this year the City issued a permit to Fertile Ground, a recycling and composting company providing house-side services to residents.  Fertile Grounds services are completely voluntary to residents, so you will need to contact them if you want them to service your home. You may find information about Fertile Ground on the Citys website.

Looking to the future, City leadership spent many months reviewing possible projects to be included in future bond issues.  A committee of residents was formed and held several public meetings before recommending the City Council call a City-wide election to consider eight categories of capital improvement projects.  The City Council reviewed this recommendation, and after several subsequent meetings, adopted a resolution calling an election for $28.45 million in bonds for the following projects:

These bonds, if approved, would not increase the Citys levy on your property taxes. The election will be held on February 12, 2019.  I encourage you to vote on these important decisions for our City so that your voice is heard.

In closing, I want to thank all the City employees, Commissioners, Committee members, the City Council, and the numerous volunteers who have worked so diligently on behalf of our citizens.  I am grateful for the support, encouragement, and kind words regarding the progress the City has made during this past year.  It is an honor to be part of this most excellent team and I look forward to a great new year together.

Your friend and Mayor,


City of Nichols Hills, Oklahoma - © 2021 - All Rights Reserved | Site Handcrafted in Ashland, Oregon by Project A